Derrick Vella and Justin DeTore are on the same page. When the two veteran metal musicians – Vella of Tomb Mold and DeTore of Magic Circle and Sumerlands – started their psychedelic and stylish death doom metal project Dream Unending as a remote collaboration at the start of the pandemic era, they entered it with no expectation of how they would operate together. They don’t rehearse together and don’t even live in the same country, but it didn’t take long for everything to come together for the duo. As they got to know each other better during the writing of their debut album, The tide becomes eternalthey soon realized that they were closely aligned creatively and over time, which developed into an implicit trust between the two musicians.

“When Justin goes to drum, I don’t know what he’s going to play. There’s just a level of confidence there that it’s going to be good,” Vella says. “And Justin trusts me to write songs he loves, and I haven’t lost touch yet, so that’s good. We don’t have band rehearsals, we’ve only seen each other once. only once in the last three years. So we just give each other a lot of space to do what we want. I never have to criticize his voice or his vocal placements. You do what you’re going to do and it’s fine I like it. And I think that matters. If we were thrust into a text or email debate, I feel like that would be such a drag.

The musical chemistry between Vella and DeTore culminated in an even bigger and more ambitious album with their second effort, song of salvation. Complemented by two songs over 14 minutes long, it aims ever higher, adding both greater depth and animation to their colossal doom metal vocals, while adopting an even more pronounced sense of space in their quest for a transcendent and more spiritual grasp. heavy music.

Before the release of song of salvation via 20 Buck Spin, I spoke to Dream Unending’s Derrick Vella about making a lot of music in a short time, embracing silence, and addressing themes you don’t often hear on a metal album.

Treble: Song of Salvation arrives only a year later The tide becomes eternal, which seems counter-intuitive – such big, elaborate music that you wouldn’t expect to happen so quickly. Did you start working on it as soon as the first album was finished?

Derrick Vella: Yeah, that was basically right after the first one. After The tide becomes eternal was even mixed, I had already started writing the title track of song of salvation. I was struck by so much inspiration. It was like climbing a big mountain, it was awesome. It’s weird, I think, some people are caught off guard if you don’t wait for the audience’s reaction when you get into something else. And we had the luxury of having time to work on new ideas because everything was taking so long, during the pandemic, to come out. Like, when you send everything to the pressing plant, it’s gonna take months and months until it comes out. The record won’t even ship until next year. It will technically be released this year, but it won’t ship until next year. So I have all that time, might as well use it to my advantage. So we were having so much fun, we said to ourselves “let’s do it again”. Now that we know how to do it, we can go about it with more confidence now that we know we can tackle remote recording. Let’s just see where we can take it. And it also gives us more freedom to see how far we can push our limits. And it worked pretty well. We are two for two.

Treble: Once you have finished The tide becomes eternaldid you have a clearer vision of the direction the music would take next?

DV: It’s funny because when I wrote the first record, it was my first time writing doom metal or anything other than the occasional Tomb Mold riff which was a bit slow. Writing the songs – I didn’t write it in my head as this long, coherent passage through something, like a journey, but it really happened that way. Recognizing that, I was able to understand more about how the record was supposed to play out. I didn’t want to take the record six minutes to really start driving, and with Tide…there’s a lot of preamble before the first big riff. With this one, I wanted to reduce that significantly, like swinging out doors. In the first 90 seconds, it feels much busier. I wanted it to suck you in immediately. Like okay, we’re taking you for a ride. It’s that arc within a larger arc. There’s a part in the opening song where the drums drop and there’s this creepy one-note guitar line, and the drums come back with a heavy beat, like something out of a spaghetti western. And so when I hear the song, I just think like, “oh, this is a song about a cowboy going up to heaven.”

Treble: With Dream Unending, there’s a balance between those prettier moments and the maximalism of doom metal. To what extent do you test the balance of these elements against each other?

DV: It’s funny, because my fear is losing the listener. Sometimes I forget that it’s good to be quiet for a while. There are times when there is only one clean guitar and it is very small. And I realize that these moments are important and that I must not run away. My friend Leila (Abdul-Rauf) who plays trumpet on “Secret Grief”, she said it’s good to have silence, it’s good for tension, good or bad, it must have it. It made me feel better. My approach is I write that riff and put all that shit on it so you might pick up something a little different every time you listen. And I’m also just worried that we only have 44 minutes, so you really have to pack. And I slowly realize that you don’t You always have to wrap it. It’s a good balance, you want to have those moments that are huge, a lot of heavy guitars harmonizing and some more clean stuff, and Justin’s voice that’s otherworldly all the time. And that is why balance is essential. Arthur Rizk, who mixed and mastered it, I owe him a steak dinner for the quality of the job he did in balancing everything. I always get that from ambient electronic music. There’s an artist called Steve Hauschildt, he was in a band called Emeralds, and I love listening to his songs, longer pieces where you’re presented with an idea and then you feel like comfortable with, and as you feel comfortable with something else comes on top and enlarges the picture. I always try to do that with Dream Unending – give you something nice and then sprinkle a little something extra, see how you feel. I didn’t just want to do a 14 minute song that was heavy. I feel like that would be a bit boring.

Treble: You said you didn’t really write doom metal songs before Dream Unending. How difficult was it to start the project?

DV: First, what I had to do was write something, or just come up with some song ideas and see how they sounded to Justin. At the very beginning, the first ideas that I sent to him in the initial process of working on the songs that became The tide becomes eternal, he was like “that’s good, that sounds too much like Tomb Mold”, so I needed him to kind of call it. And if you like it, I will pursue this idea before. And kind of just gauging his comfort level with how much I can throw on a song and how much is too much or not. But for him, no idea was too much there – he kind of embraced that. I think for me it was always how to tie a knot on each song, how to end these songs? Fortunately, I have the luxury of having written with other people. But writing for doom metal songs is different from death metal songs.

It’s easier when you work on something on your own, because you can hold yourself accountable. If it’s just me, I want to finish the song and that motivates me to keep working on it. And it’s fun, but without being hard on yourself. It’s just a matter of feeling it. I like to write music and just release it. Some people can write eight songs and sit on them for years, polishing them until they are forgotten. But no, when it’s good, do it, and hopefully by the time it comes out you’re writing new stuff that shows we’re uplifting as musicians or writers. I like to see the growth of writing in a group. If you love Frank Zappa, you have so much music to listen to that has a lot of different flavors, but if Frank Zappa only released half of what he released, it wouldn’t be as much fun. I like to watch the journey of an artist.

Treble: You each play in other bands outside of Dream Unending, but do you get anything different from that band compared to Tomb Mold, for example?

DV: I think this band is much more personal and it shows in the subject matter, the lyrics and the quotes that we include on the records. It’s good to feel sentimental, it’s good to talk about joy and love, and things you don’t find so much in metal. That’s exactly how we feel, and it’s true for us. It’s something that we kind of stumbled upon each other. We didn’t know that from the start. Little did we know that we felt there was a spiritual alignment in the way we felt about the world at large and the road we were on. It’s just getting to know each other. But it’s something that helped sculpt the sound of the band, the image of the band, the presentation of the songs and so on, and the statement or the message that the albums convey. You can be personal in all your groups, but it’s tricky when you’re in a group with three or four people and you don’t all feel the same way, and one person spouts a particular philosophy, it can be a bit sticky, you know what i mean? With Dream Unending, we’re not saying anything crazy, it’s just like hey, it’s OK to feel good and want to improve.

Support our site – Subscribe to our Patreon: Become one of our monthly patrons and help support an independent media resource while gaining access to exclusive content, shirts, playlists, mixtapes and more. 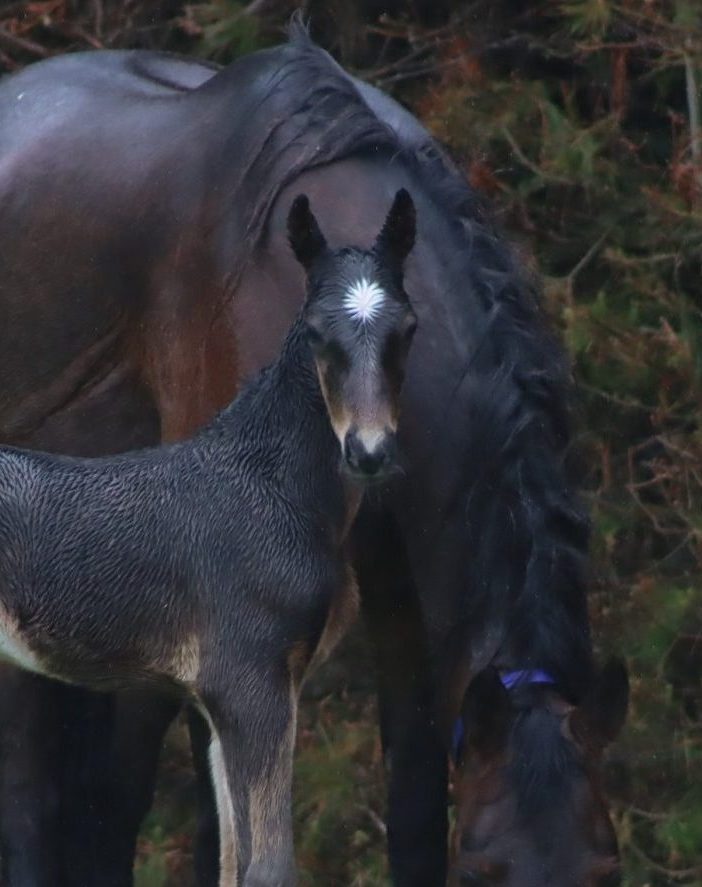