Interruption of subdivision scheduled for Wednesday

ALBUQUERQUE – The State Ethics Commission (SEC) has filed a lawsuit against the Working Families Organization, Inc.’ (“WFO”) on November 2 to enforce the disclosure provisions of the Campaign Reporting Act.

As alleged in the complaint, WFO spent thousands of dollars on text message ad campaigns aimed at influencing the outcome of a New Mexico ballot question regarding the state’s Continuing Schools Fund.

The SMS advertisements lacked required disclosures about who paid for and authorized the advertisements, and WFO refused to comply with the Campaign Reporting Act’s registration and disclosure requirements for advertising expenditures.

In 2019, the Legislature amended the Campaign Reporting Act to highlight “dark money” in New Mexico elections, requiring groups that pay for ads or advocacy for candidates to be a transparency on who funded these efforts.

The Campaign Reporting Act lets New Mexicans know who is funding efforts to influence their votes, and groups, like WFO, must tell them.

For more information on the National Ethics Commission, visit www.sec.state.nm.us. 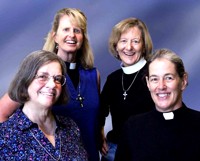 Everything Will Be Fine: Protecting the Merry