OPINION: Wild Horses, an analysis of the issues 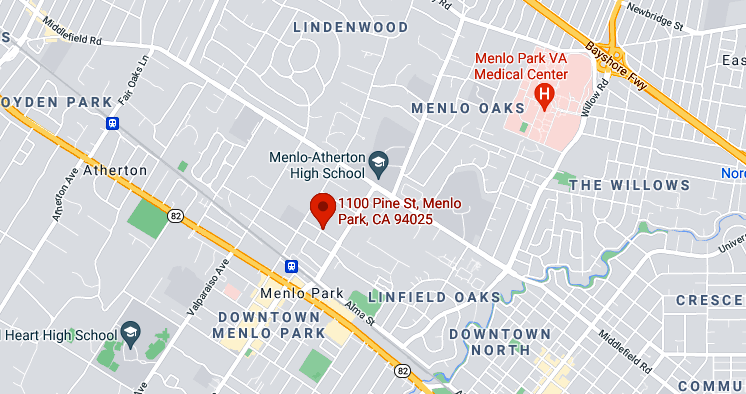 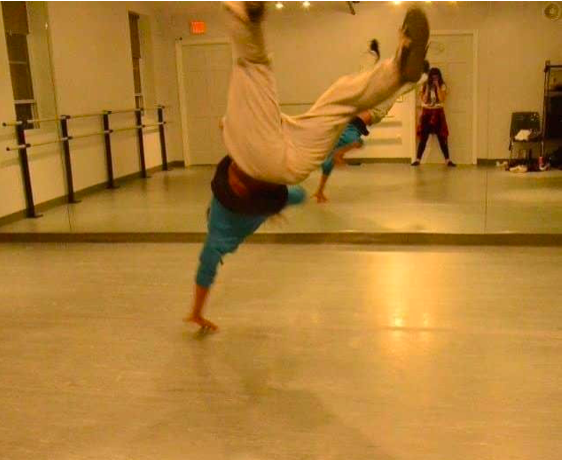 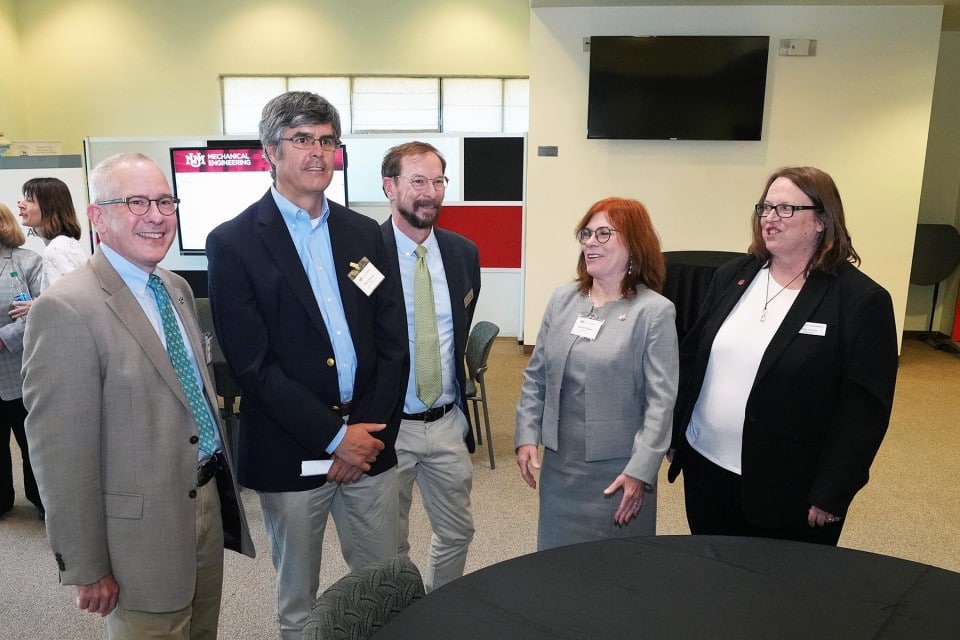 Is there a holistic solution to the plight of American wild horses that is both economically and environmentally reasonable and acceptable to the majority of stakeholders?

“It turns out that basing animal rights policy on the strong feelings of animal rights activists doesn’t work so well for the animals themselves.”

While the title of the article seems to imply that American wild horses would be better off if there were no slaughter ban, the statement about the failure of the activists’ emotionally motivated efforts is absolutely correct.

The economic argument against slaughter is simple and compelling; by our calculations, each wild horse is worth $ 72,000.00 in a wildfire fighting role. And this thesis is clearly presented in a two-part series of reports in the Medford Mail Tribune titled: “How Worth a Wild Horse”; Part 1, and Part 2

This leaves us with the arguments around outdated and misguided policies that lead to the mismanagement of American wild horses.

After decades of emotionally driven effort and tens of millions of dollars in donations spent, American wild horses are arguably worse off today than at any time in the past 30 years.

It is truly sad to see the present fate of American wild horses and burros today, which have suffered setbacks after setbacks since being protected in 1971 by the Wild Burro & Horse Protection Act.

In the preamble to the law, Congress states:

Congress recognizes and declares that wild horses in freedom and burros are living symbols of the historical and pioneering spirit of the West; that they contribute to the diversity of life forms within the Nation and enrich the lives of the American people; and that these horses and burros are quickly disappearing from the American scene. It is the policy of Congress that wild horses and donkeys in the wild should be protected from capture, marking, harassment or death; and in order to do this, they must be considered in the area where they are now found, as an integral part of the natural system of public lands.

Looking at the history of wild horse management since the law was codified by Congress, we clearly see that there has been government malfeasance in the care of wild horses and burros under the law.

Some of the most important intentions of the law were spelled out with these words: “horses and wild donkeys in the wild shall be protected against capture, marking, harassment or death …” as well as “as an integral part of the natural system of public lands.

Advocates of wild horses chasing horses in the landscape with compressed gas guns and shooting them with chemicals are technically “harassing” wild horses and arguably illegal under the 1971 law. conduct against wild horses, even as a so-called band-aid, is to engage in willful ignorance and ignore the solution which is truly best for horses.

In addition, there is nothing “natural” about the management of wild horses. The definition of natural is that of allowing “nature” and evolutionary processes (including natural selection) to allow wild horses to live in an ecological balance in the appropriate areas … that is, in the ” wild areas ”.

It is shocking to learn that people working for and at the Bureau of Land Management (‘BLM’) and the United States Forest Service (‘USFS’) have either tolerated (by inaction) or participated in acts that are diametrically opposed to previous law, and having authorized or engaged in the “capture, marking, harassment or death” of feral horses and burros. The evidence is incredibly clear and would condemn anyone for such violations in any fair court.

During roundups, wild horses (and burros) are driven beyond their physical capacity, in many cases; some die of stress during or after the roundups. Foals literally let go of their hooves, and some cannot keep up and are lost, left behind by predators. Pregnant mares abort their fetuses; some die of shock on the shooting range; some of these atrocities are hidden from the public.

Clearly, today there are diametrically opposed forces that clashed in what some see as a type of “war”, which has been and continues to be made up of many battles. Individual advocates and nonprofit groups have sometimes clashed against the government and among themselves. For example, there are burning divisions between pro-PZP and anti-PZP birth control measures for wild horses.

The advocacy for the wild horse and the burro aggressively opposes the advocacy for the livestock industry, which also has many supporting organizations who would like cheaper grazing rights on public land. In the business world, who could blame them? All companies strive and compete to reduce the cost of goods produced, and in this case, meat for markets.

Competition for all land uses, both public and private, has increased due to consumerism and will continue in the years to come. So the future of wild horses and burros is under pressure, regardless of the 1971 law. The government, on the other hand, must answer (to some extent) to the people for how taxpayers’ money is used. , while balancing the demands on public resources and industry; not an easy task by any means, even in a perfect system, which we don’t have.

Of course, then there is the competition for dollar donations by nonprofits regarding the wild horse and burro dilemma and controversy. It’s just a fact that there are only a limited number of donation dollars available, and nonprofits compete, sometimes quite aggressively, for that money. This alone creates divisions among advocacy groups, where each organization tries to create and maintain a higher ‘status’ in the eyes of potential and existing donors, which sometimes comes at the expense of other groups or individuals who are considered potentially entertaining, diluting or eliminating the need for funding. And there is an important distinction that needs to be clarified; there is a difference between nonprofit activists whose costs are not used for direct rescue and long term sanctuary for wild horses, and sanctuaries which have fixed costs for long term care for wild horses. wild horses and rescued burros.

Some nonprofit activists have a business model of keeping a symbolic number of wild horses out of reach in so-called sanctuaries, which arguably are a showcase for media opportunities and for fundraising purposes. In practice, when thousands of wild horses are herded together and at risk of being slaughtered, the remaining 1–2% or so that are “saved” is not really a game-changer for wild horses, which are wild animals and belong unhindered. , wild and free on the wild American landscapes.

According to an article by Debbie Coffey, Vice President and Director of Wild Horse Affairs, Wild Horse Freedom Federation:

Sadly, as many of you know, Return to Freedom, ASPCA, HSUS, Humane Society Legislative Fund, and the little-known American Mustang Foundation (formed by lobbyists in 2016), have thrown their hats in the ring with many pro horse-slaughtering industry organizations, including the National Cattlemen’s Association, on a proposal titled “The Way Forward for the Management of Wild Horses and BLM Burros” which is truly a path to extinction for horses wild and American burros on public land… ”

As the saying goes, a leopard never changes places, there is a public record showing that Return To Freedom has already been paid ($ 440,000.00) to round up American wild horses, as evidenced by documents online: 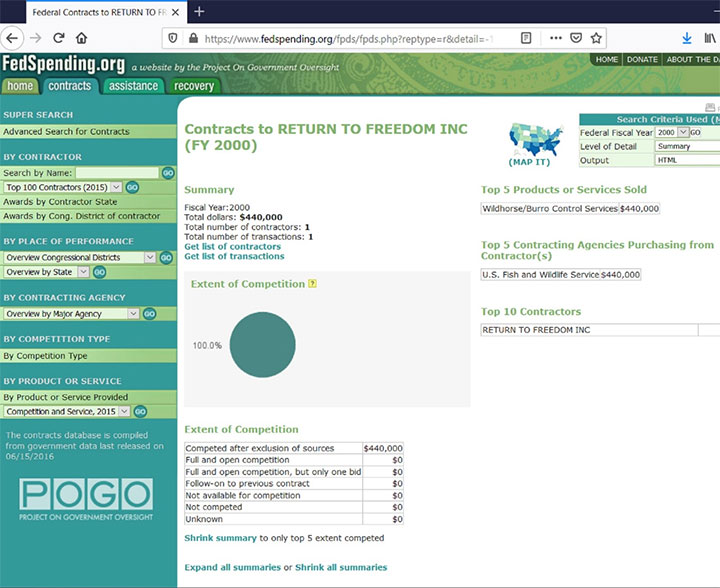 Some ranchers who once raised cattle are taking advantage of the plight of American wild horses and now make a very good living from the BLM by storing wild horses out of reach, costing taxpayers $ 100 million a year.

Roundups that use helicopters and other vehicles force wild horses to flee for their lives at random (abnormal behavior in response to motorized roundups) across the landscape, and in the process of their desperate escape, they inadvertently stomp threatened and endangered species of flora and fauna, as well as other escaped wildlife (deer, elk, etc.)

These large-scale roundups by the BLM and USFS are coupled with the systematic implementation of a combination of evil methods that are arguably designed to lead to genetic erosion and loss of genetic diversity, leading to the ultimate extinction of native species in the wild. horses…

The BLM is still engaged in an ongoing campaign of “willful ignorance” and “campaign of disinformation” through its continued spread of patently false statements, including, but not limited to:

“Wild horses have no natural predators…” This misleading statement promoted by the BLM (and now widely repeated) appears on page 1, executive summary, paragraph 5 in the so-called management plan presented to Congress; “Report to Congress: Management Options for a Sustainable Wild Horse and Burros Program”. It is a well-known scientific fact and common knowledge that all leading North American predators (mountain lions, bears, wolves, and coyotes) are the evolved natural predators of wild horses and burros. We must restore ecological balance and trophic cascades in areas where this is still possible in still isolated wild areas, where the American wild horse is a keystone species of large herbivore, as is the case in many ecosystems.

The story shows anyone who will watch; after 46 years since the law was passed to protect wild horses and burros in America, advocacy, as it stands, has failed to achieve what is needed: a final holistic solution acceptable to a majority of all stakeholders who work for the livestock industry, and also save wild horses and burros from the resulting mismanagement and atrocities we have all witnessed over the past decades.

For a discussion of realistic and acceptable solutions, please see this precedent Daily message article about the ‘Wild Horse Fire Brigade’.

William E. Simpson II is a naturalist, author and conservationist living in the Soda Mountain Wilderness among the wild horses he studies.

Previous What future for department stores?
Next Barrow and Carlisle rank best places for cheapest neighborhoods to rent